Secure your spot and get started today with our EXCLUSIVE offer!

By opting into the web form above you are providing consent for Alicea's Martial Arts Studio to send you periodic text messages. Standard rates may apply. You can reply HELP at anytime or learn more. You may opt-out anytime by replying STOP.
ACCESS OUR SCHEDULE
& EXCLUSIVE WEB SPECIAL

Secure your spot and get started today with our EXCLUSIVE offer!

By opting into the web form above you are providing consent for Alicea's Martial Arts Studio to send you periodic text messages. Standard rates may apply. You can reply HELP at anytime or learn more. You may opt-out anytime by replying STOP.

My son has been going here for the last 8 months. He loves it! The staff is wonderful and we couldn't ask for a better environment to make him a great member of society!

My son loves attending both the after care program and the summer camp! The prices are good and the staff is wonderful! He has been attending for one year and will continue this year too!

Alicea’s Martial Arts Studio is an extremely well run company. My Grandson was very shy and enrolling him in karate has really helped him overcome his shyness and given him confidence. His teacher at school even noticed a difference. Thank you for everything you do on a regular basis. I can tell all of you really care about each and every child and encourage them to do their personal best. 5 stars!!!

I must say they are awesome and my daughter loves them

5 Tools to Arm Your Child against the Effects of Bullying 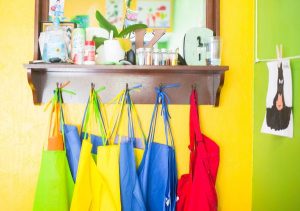 Since the world will never be completely free of bullies, the rest of us need to arm ourselves and our children with tools to mentally combat the abuse of bullying as much as possible.

One way to combat bullying is being mentally prepared ahead of time through intentional learning. Intentional learning is the persistent, continual process to acquire, understand, and use a variety of strategies to improve one’s ability to attain and apply knowledge.

Below are 5 cognitive tools to share with your child. Education is empowerment. Understanding a bully gives your child the emotional edge.

1. Understand the 3 types of bullying:

Help them understand what constitutes bullying so they can identify it when it happens to them or a peer. Also, it’s important to know what bullying is so that your child doesn’t inadvertently do it; such as tickling someone even when they say stop (parents are notoriously bad at this…if your child tells you to stop please respect that so they learn “no means no”), snapping a girls bra strap, or even hugging someone who has told them before they don’t like being hugged. The intent may come from a kind and loving place, but if the other person doesn’t want it it can still be considered bullying.

A mantra used by many from Hollywood celebrities to therapists in offices. There is a two-fold meaning. First, science has shown that acting differently can change how we feel about ourselves and even change our neural pathways (eg. Individuals with depression are sometimes suggested to act as if they aren’t depressed. Get up, go for a walk, make a healthy breakfast, etc. Many patients have found a decrease in depressive symptomatology when they do this.) Consequently, acting like a bully doesn’t scare you actually makes them seem to feel less scary and rewires your neural pathways toward courage instead of fear. Secondly, bullies feed off the fear of their victims and the responsive drama. Once they stop getting a dramatic response from their victim they often move on to someone.

Just like many others in the world, I too have been bullied. It isn’t easy facing people who treat us badly. That being said, some of the most empowering moments in my life came when I faced a person who was bullying me and I stood up for myself. Over time, I began standing up for others whose voice wasn’t as powerful as mine. With each encounter with a bully, I felt my confidence grow. Remember rule #2. Sometimes we have to fake our first acts of courage. Don’t doubt that confidence will follow. Even if you get punched in the face (like me) stand tall and walk away knowing it takes greater strength to do so than to fight. Share a story with your child(ren) about when you were courageous in the face of fear.

Remember, a bully’s actions do not reflect the worth of their victim. Whenever someone verbally attacks me I never take their words to heart because I’ve learned over time that their behaviors toward me reflect their own internal battle. It isn’t about me, it’s about them. I know it’s hard to not feel personally attacked…just reflect on a time when you lashed out at someone else in a moment of anger. The other person may have not even done anything to you (eg. unintentionally cuts you off in traffic) and yet you find yourself losing your mind on a stranger one car ahead of you. That driver didn’t deserve the anger you unleashed (they probably didn’t even hear it, which is good) yet you still released your own issues onto them. When someone is bullying your child, reminding your child that this abuse “isn’t about you” helps protect their developing ego/sense of self. Again, offer examples that are age appropriate for your child(ren).

5. Teach them who has their back.

Give your child(ren) phone numbers and names of people they can call as resources if they find themselves in an uncomfortable situation or need to talk to someone.  Knowing there are people in the world, aside from a parent, watching out for them gives your child a sense of community and belonging resulting in feelings of security and empowerment.

Bullies have been around forever so until there’s a time when there are fewer bullies, help protect your children by arming them with education. Knowledge is their power.